Spectrum slicing is a key, new capability for emerging 5G networks, but similar principles are also being applied to Wi-Fi by Edgewater Wireless, a Canadian company that's been tightening ties to the cable industry in recent years.

That capability can result in performance gains of 20 to 30 times, depending on the individual implementation and application, according to Andrew Skafel, Edgewater Wireless's president and CEO. 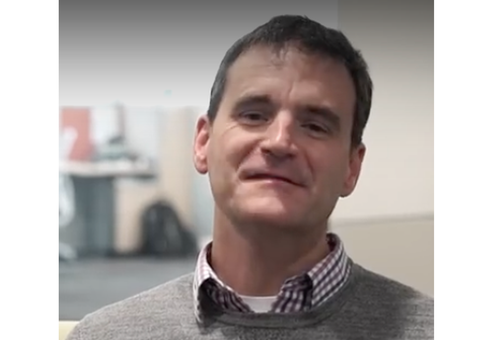 Using a highway metaphor, he says Edgewater Wireless's technology essentially spreads the bits out by carving out different lanes for each car to travel upon, rather than packing all the bits into a bus and requiring that bus to travel on a solitary lane.

Edgewater Wireless's current platform can create up to six individual "channels" – three in the 2.4GHz band and another three in the 5GHz band. A 12-channel offering is on the company's near-term roadmap, Skafel says.

He adds that Edgewater's approach is spectrum-agnostic, and that the company is keeping a close eye on developments surrounding the next-gen Wi-Fi 6 standard and developments concerning the 6GHz band after the FCC moved to open up that spectrum to unlicensed operations earlier this month.

"We view the FCC's move to free up more spectrum as a pretty strong endorsement for the need of Wi-Fi spectrum slicing," said Skafel, an exec who hails from Newbridge Networks (acquired by Alcatel in 2000) and InterWAVE Communications (bought by Alvarion in 2004). "It strongly validates what we're doing today."

Skafel also views Edgewater's technology as "complementary" to Wi-Fi 6, a new standard that introduces the use of subcarrier "resource units" that will enable service providers to dedicate capacity and create pseudo-wire type functions. However, Edgewater's approach can be implemented over much wider channels, he says.

Edgewater has baked its Wi-Fi Spectrum Slicing technology into its own silicon. In addition to selling its own Wi-Fi access points under the "Aera" brand to cable operators and retailers such as grocery giant Kroger Co., Edgewater Wireless is also attempting to license its technology to vendors seeking to differentiate their Wi-Fi products. 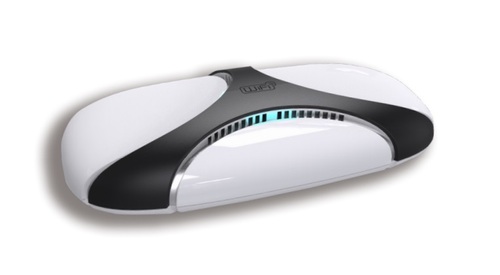 Edgewater Wireless makes indoor Wi-Fi access points powered by its own chipsets under the 'aera' brand, but is trying to branch out with a technology licencing model.

Interest in Edgewater's products and technology from service providers has served as "a catalyst around licensing," Skafel said. Edgewater Wireless launched its licensing efforts last fall and discussions with other Wi-Fi vendors are underway, he added.

Cable connections
Some of Edgewater Wireless's recent industry-facing activities have centered on cable, with Mediacom Communications the first announced US cable op to deploy the company's Wi-Fi products for use in enterprise and hospitality venues.

In addition to participating in the first CableLabs UpRamp "Fiterator" startup accelerator program in 2016, Edgewater Wireless is collaborating with CableLabs on a relatively new open source project called Dual Channel Wi-Fi. This initiative aims to allocate dedicated channels for specific applications or traffic types that require lots of bandwidth or low latencies.

Skafel said Edgewater Wireless has also been responding to industry requests for proposal (RFPs) for new, advanced Wi-Fi products targeted to residential use and a variety of novel use cases being explored by cable operators.

Those use cases include the establishment of clear, uncongested and low-latency links between the broadband gateway and new Wi-Fi-enabled set-top boxes, a scenario that could reduce cable's reliance on coax-based, in-home networking between those devices. Another possible fit is online gaming and the use of advanced Wi-Fi technologies that can provide low-latency and high-speed connections to gaming consoles.

"The set-top box is a clear play" for Edgewater Wireless's technology, Skafel said. He noted that the use of spectrum slicing for Wi-Fi represents an emerging "paradigm shift" in service provider thinking.